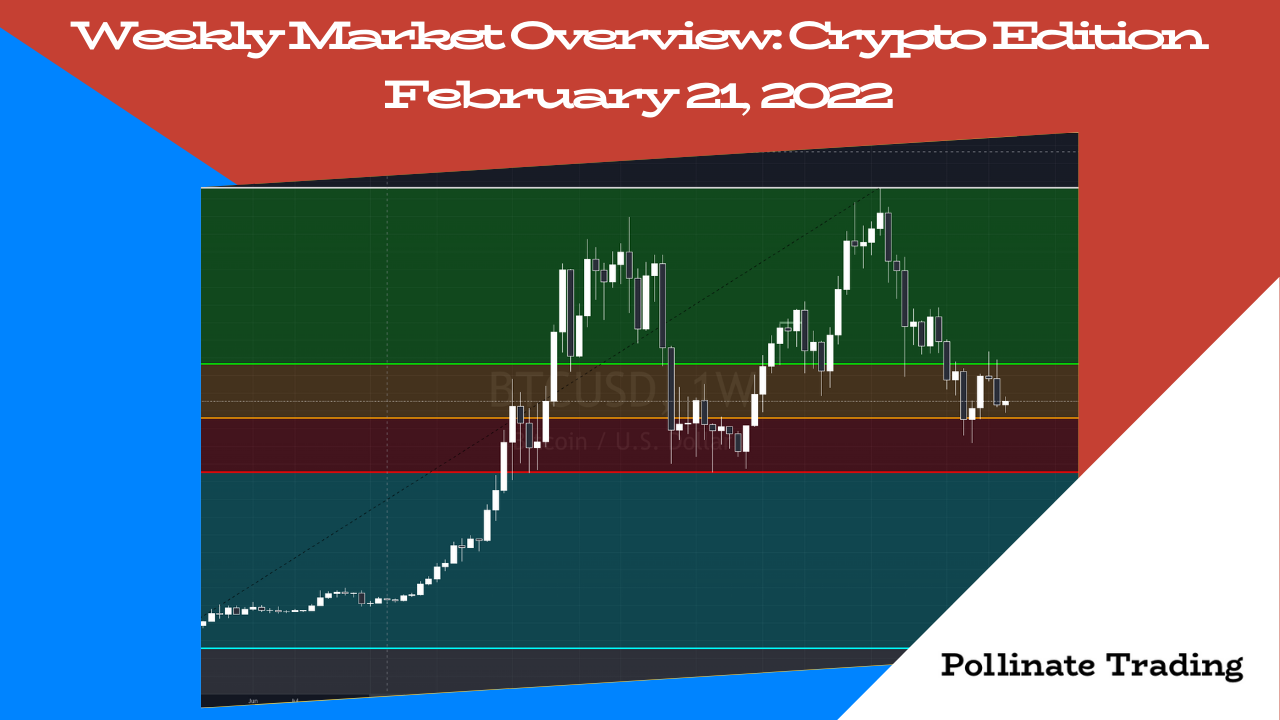 Is The Crypto Bottom In?

It has been a while since I've mentioned anything about the Crypto markets in the weekly newsletter, mostly because there wasn't much to cover.

But for the first time in a while, things are starting to look more constructive.

First off, I like to give a disclaimer that I am long both $BTCUSD and $ETHUSD from below the 10k level on $BTC and below 400 on $ETH when we got super bullish in September of 2020. I like to give that disclaimer so that you can understand my tolerance for pain and my long term perspective on this, is skewed long term.

The week of January 24, Bitcoin put in a bottom, finding support at the 50% Fibonacci retracement level measured from the March 2020 lows to the November 2022 highs. 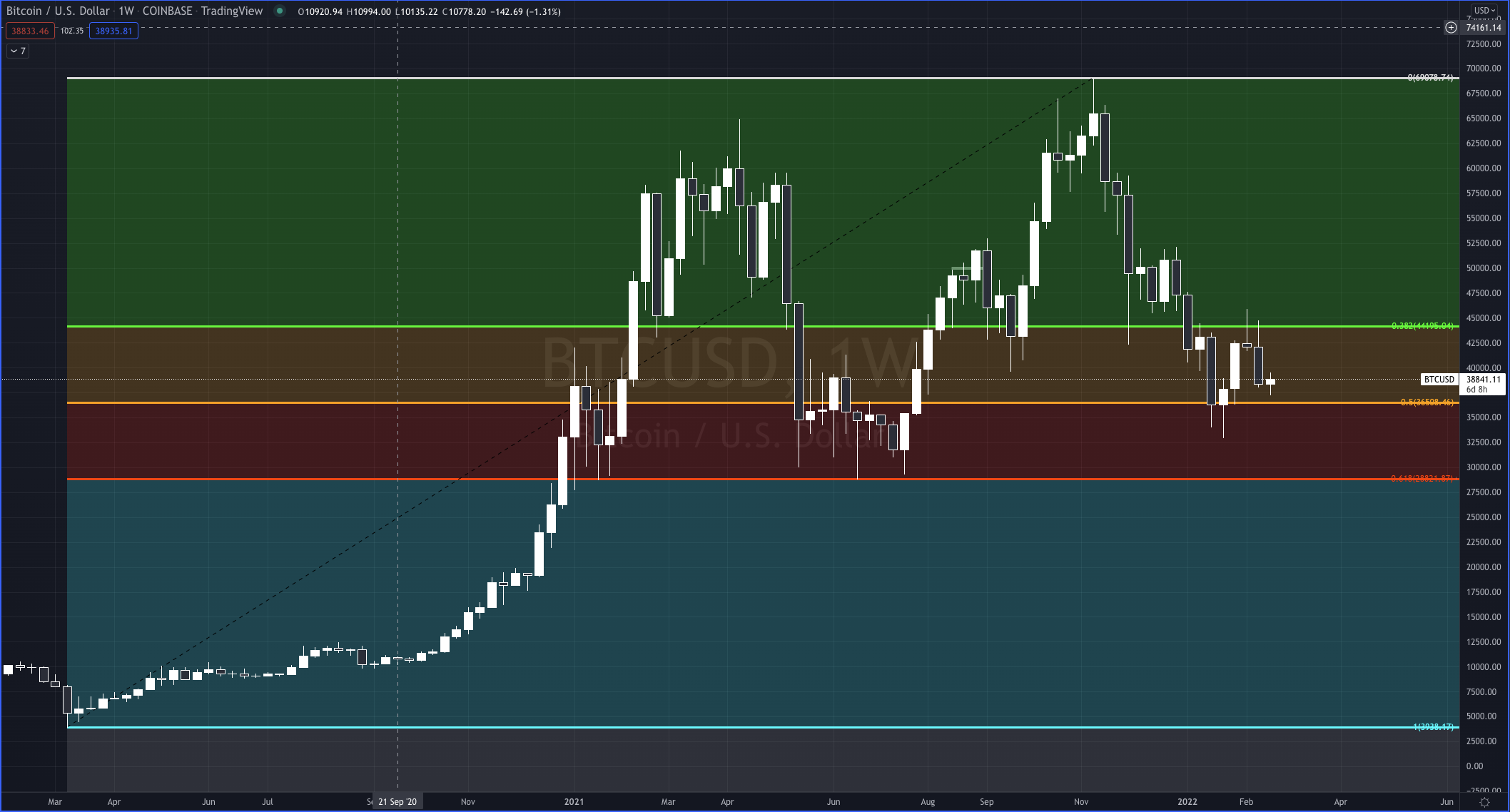 It took about three weeks of work down at the 50% level, but eventually buyers took control and rallied about 13,000 points higher to 45k, breaking above the down ward trend line, decidedly the following week. 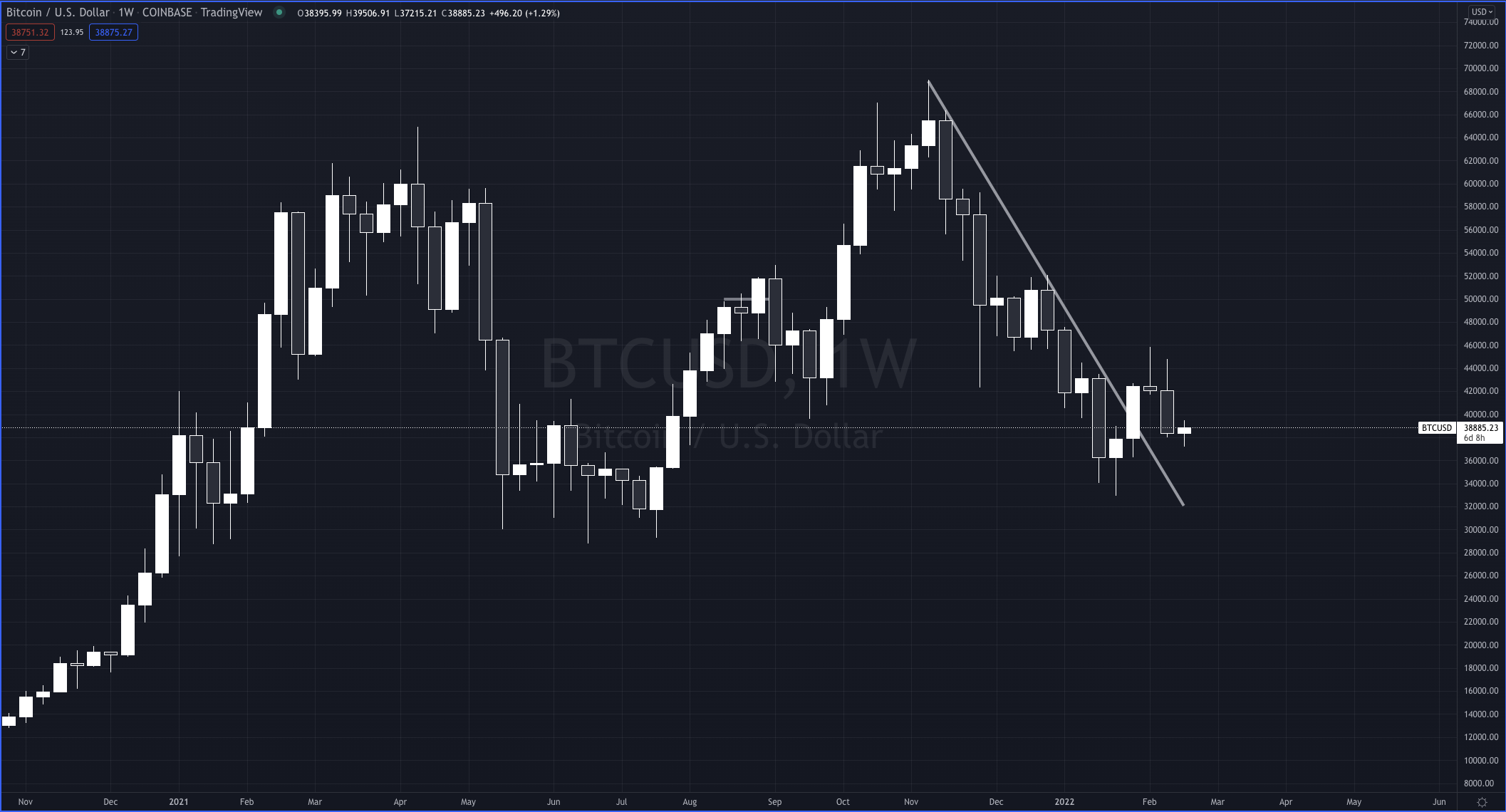 With both the 50% retracement and downward trend line taken out, Bitcoin  gathered some bullishness only to be reversed. This is normal behavior, with the first leg up nearly tagging the 38.2% Fibonacci level and retesting the lower ranges. 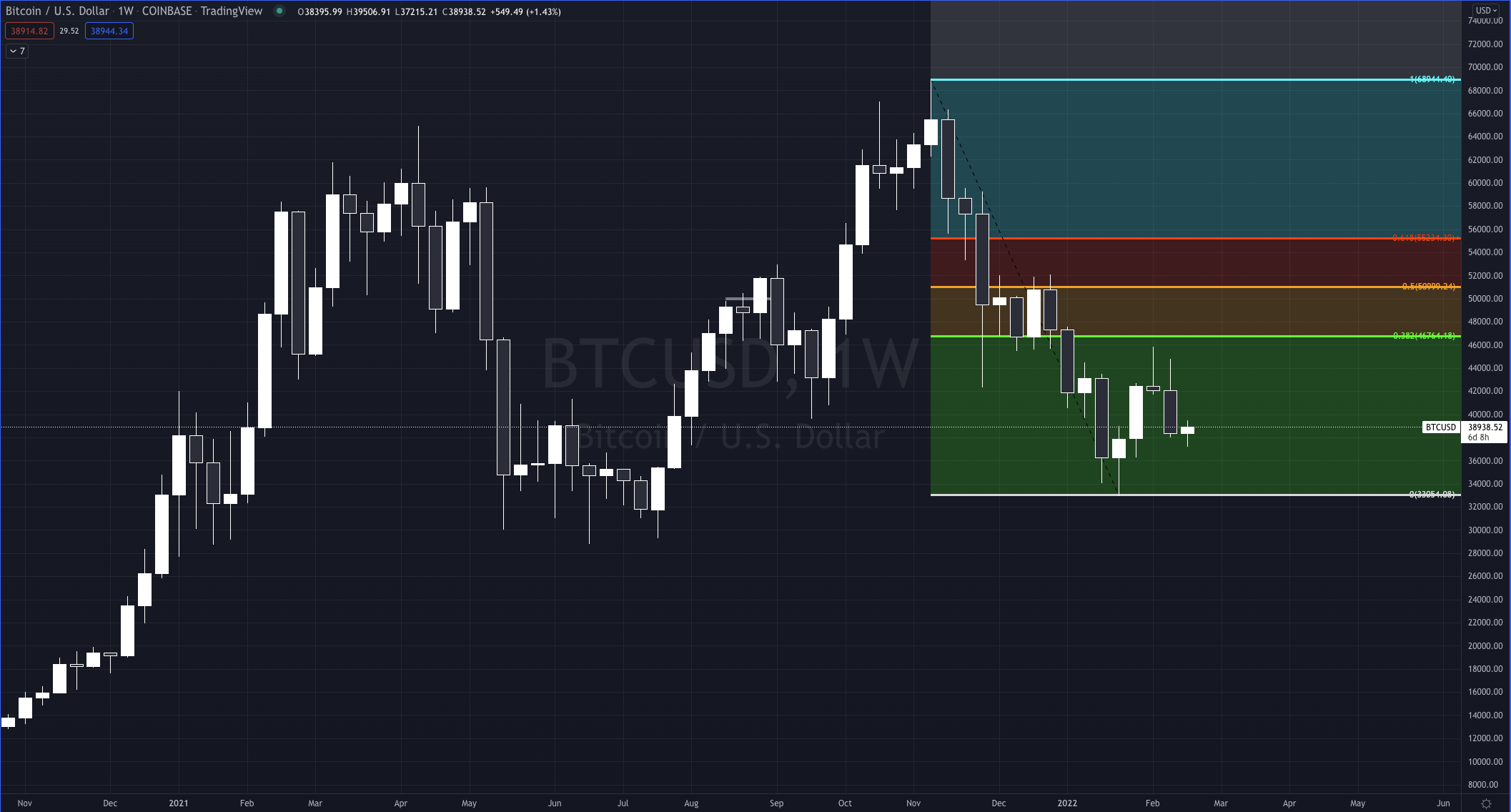 Ok, all caught up!

Now let's consider what our future outcomes could be.

That would be very constructive for Bitcoin as the back and forth is where opportunities show up, with weak hands exiting early, only needing to buy back in later. As well each bout of weakness will bring in short sellers who are like rocket fuel to a rally, because they continue to lever up and they are auto liquidated by the exchanges.

Looking at the Market Profile from the summer 2021 lows to November 2021 highs the 46k to50k levels are very congested. This implies that there will be a lot of trapped traders looking to exit at breakeven. 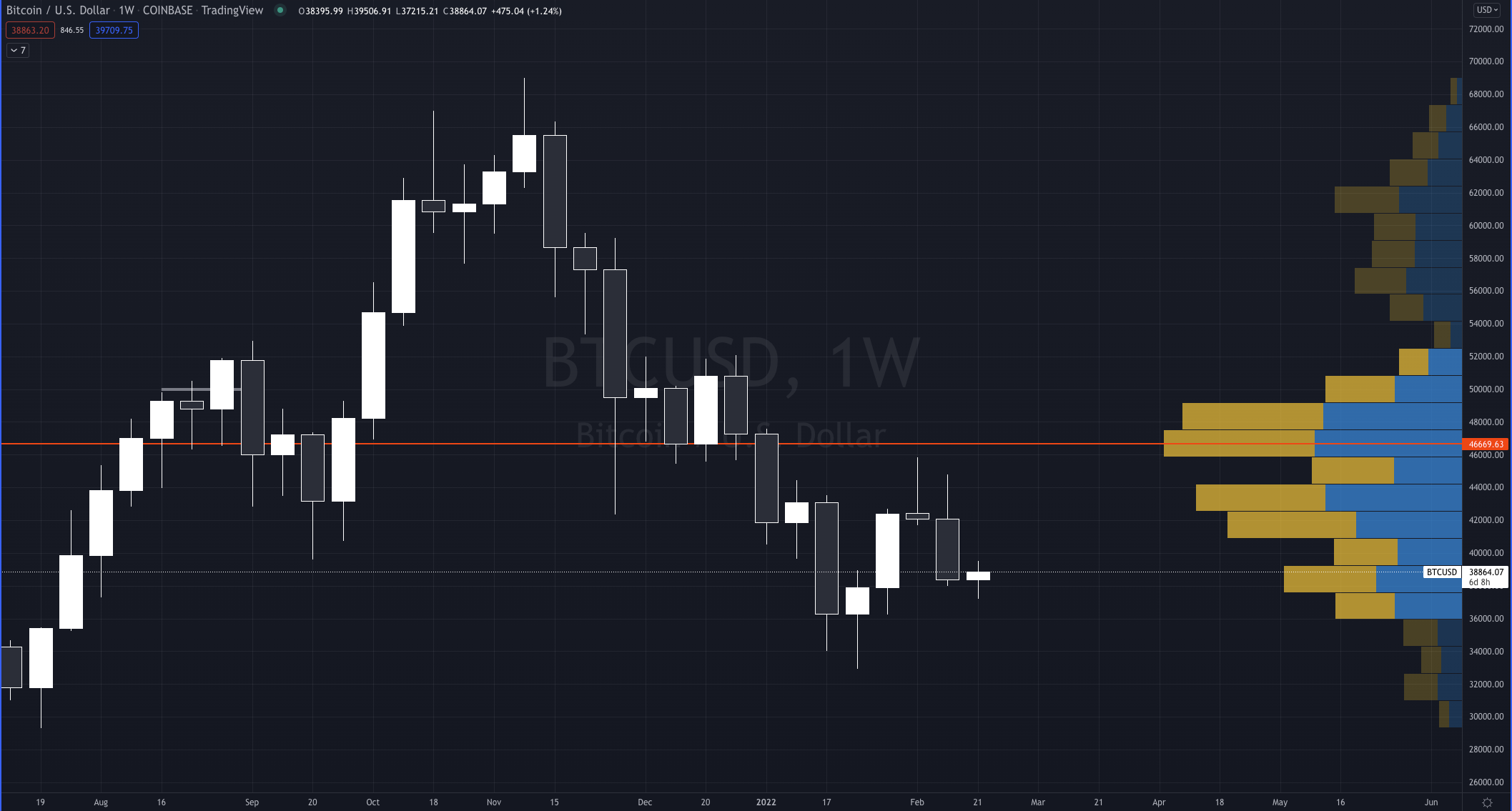 That is, traders who bought at those levels thinking they were going to see 150k + Bitcoin before the end of the year, or whatever their plan was, got to see the ugly underbelly of being in crypto, a quick 25% selloff. Plenty of those who didn't panic sell, but instead hid their heads in the sand, will sell when the price moves back to, or near their entry.

The Market Profile since November 2021 highs to January low's shows that this 46k to 50k level is about the last big of any decent contingent of trapped traders, removing nearly all sell pressure from the trapped cohort. 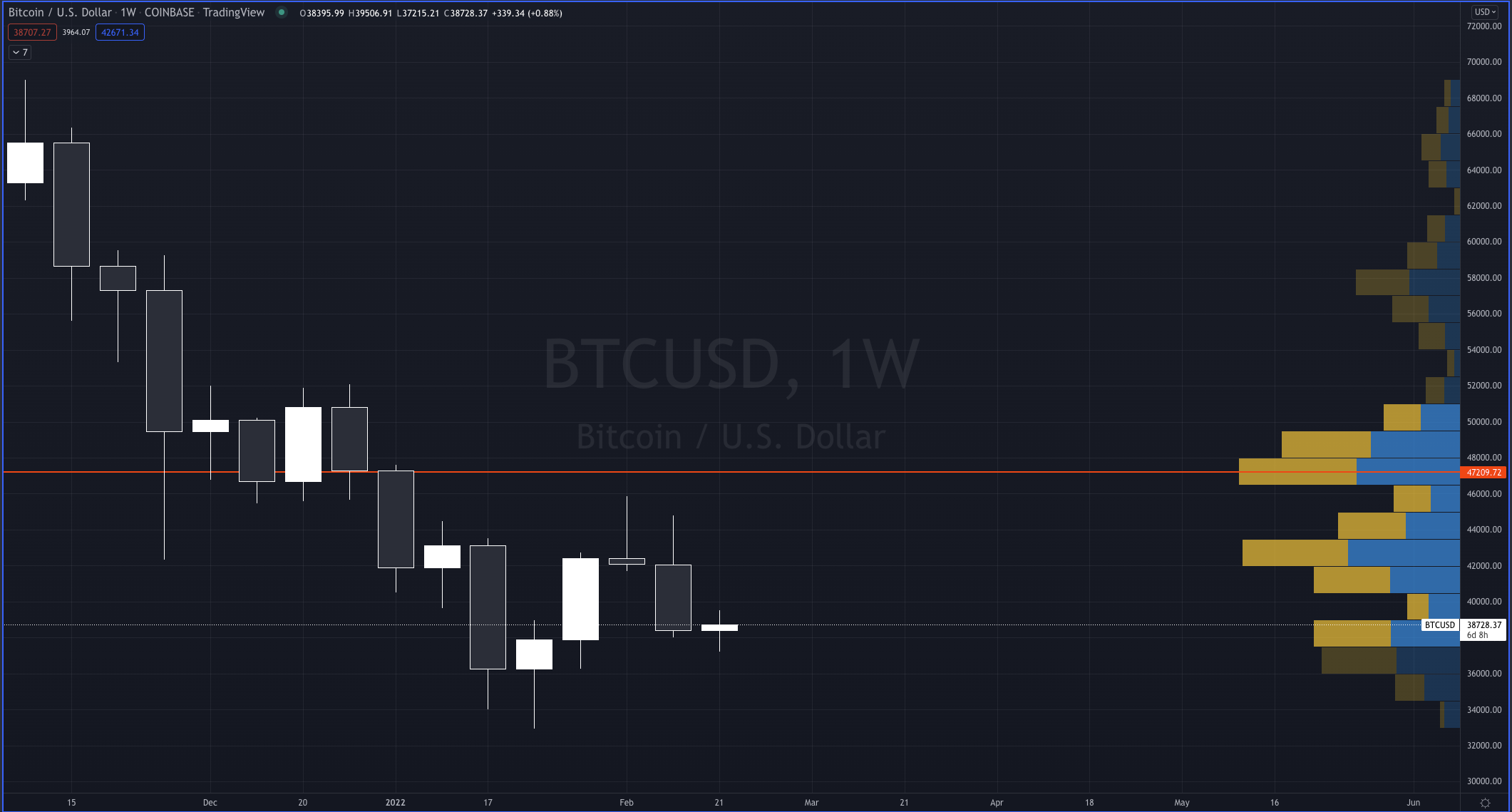 On the bear case, Bitcoin is currently below its Q42021 lows of 42333 (Coinbase: BTCUSD), which means bears are in control, still. The recent rally above the 42333 level, would be considered a first pullback after taking control and would be considered an opportunity to reload on short positions. 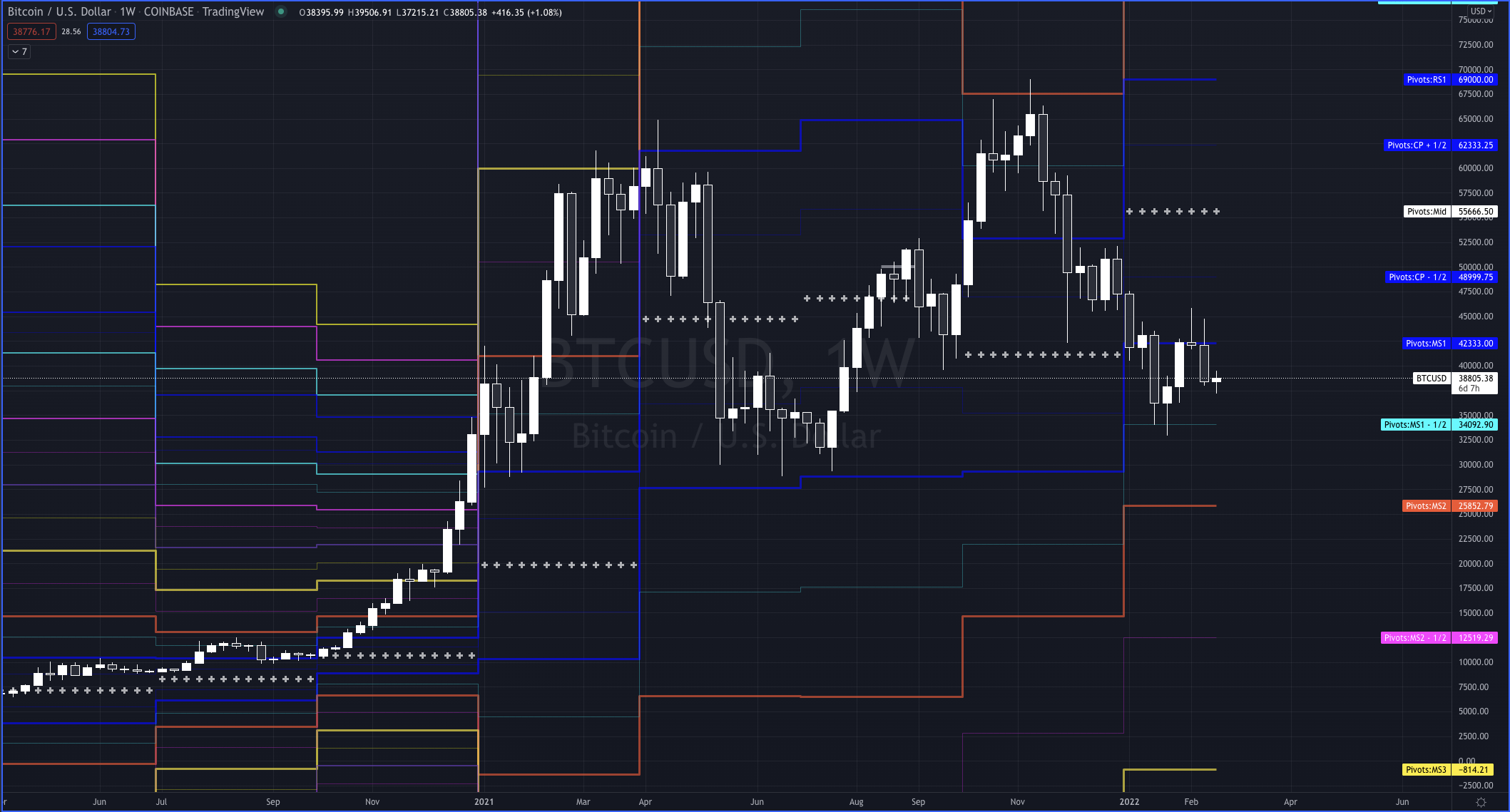 After confirming a bearish breakout, the next step is to get a trend extension with a close below, get this, -14147.71. Yes, that is a negative number.

While I personally think that is unrealistic, we did see the front month Crude Oil Futures contract trade -40.31 in April of 2020, so it isn't unprecedented.

More useful is to take a look at the Market Profile again to see a move below 30k would have very little support until 25k/22.5k and below that 20k. However those are minor support levels compared to that massive amount of support at 10k. 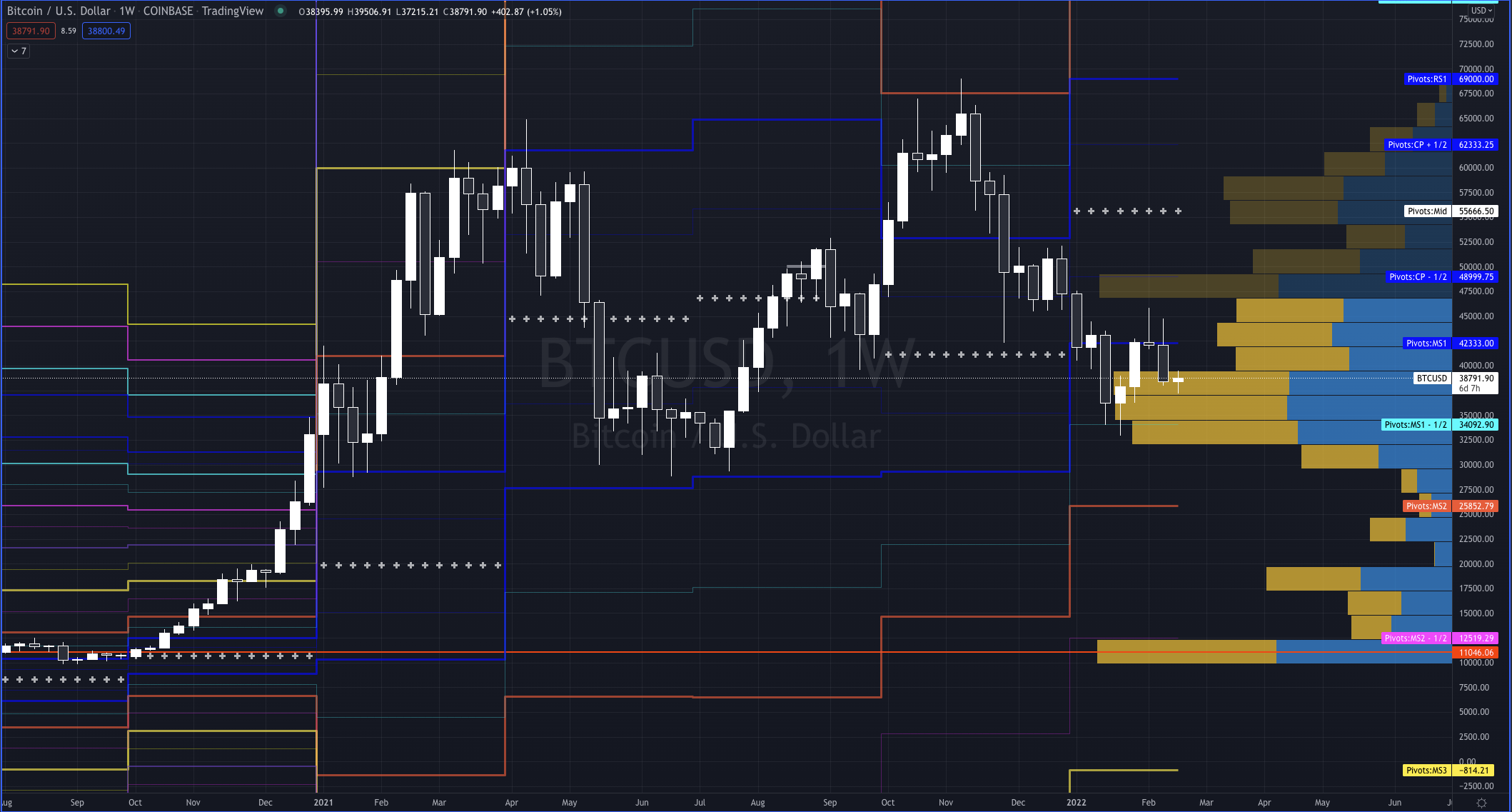 Any failure along the way to complete any of the requirements would be considered a failure and a buying opportunity.

Any completion of the requirements would be opportunities to sell any pullback rally.

Nothing matters in crypto more than Bitcoin being healthy. Until Bitcoin becomes neutral (Above 42333) or bulls take control (Above 69000) the alt's are going to be largely a case by case basis.

Even more important to alt's is Ethereum which has been weaker than Bitcoin in the recovery. Ethereum will have to wait for Bitcoin to recover, just like everyone else.

About 30-50 days in to a Bitcoin recovery, aka trend higher from lows, is when money starts flowing into alt's in a sustained way. Yes it can happen sooner, yes ETHUSD could get a lot of momentum really quickly with something like ETH2 finally live or any other crazy thing, this is crypto after all.

I believe we have put in a new bottom on Bitcoin, and remain cautiously optimistic.

If you found this weeks newsletter helpful please share it with some friends, forward it along!

If you'd like a dedicated Crypto email, let me know by replying to this email or letting me know on Twitter @ChrisDMacro.