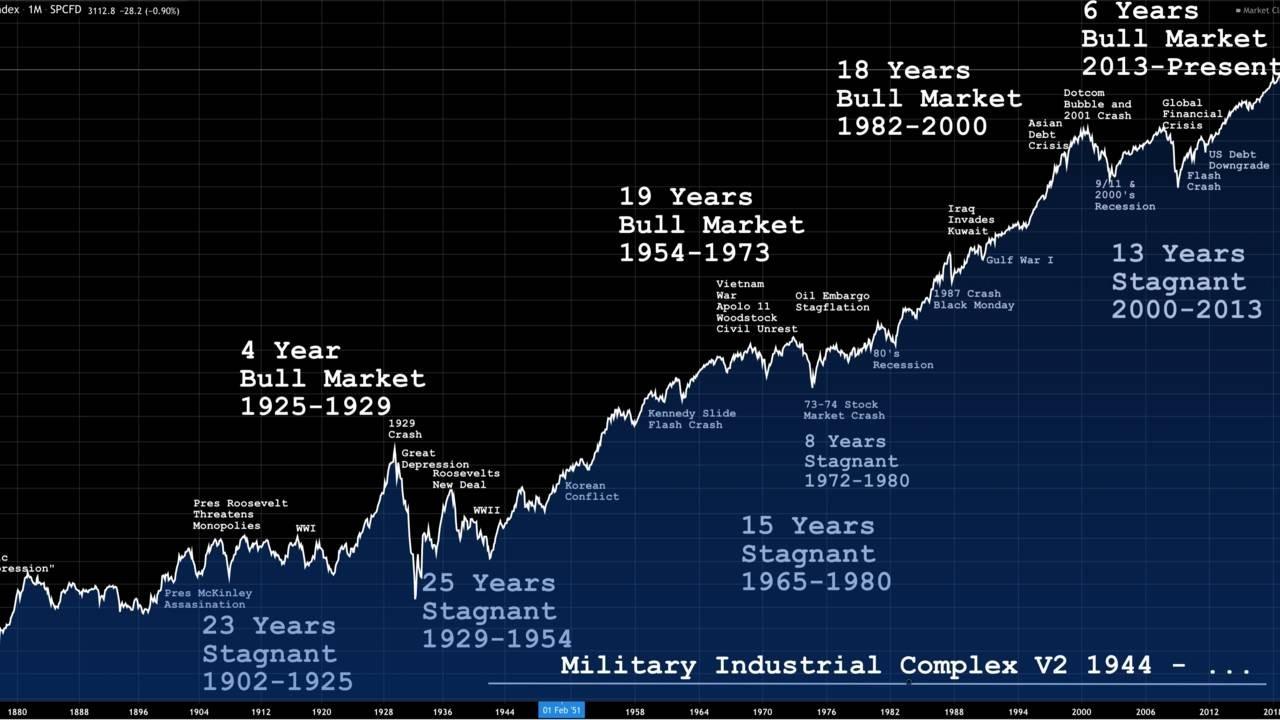 Not The Longest Bull Market In History

“This is the longest bull market in history!”

That’s just not the case

Let’s take a walk back in time…. 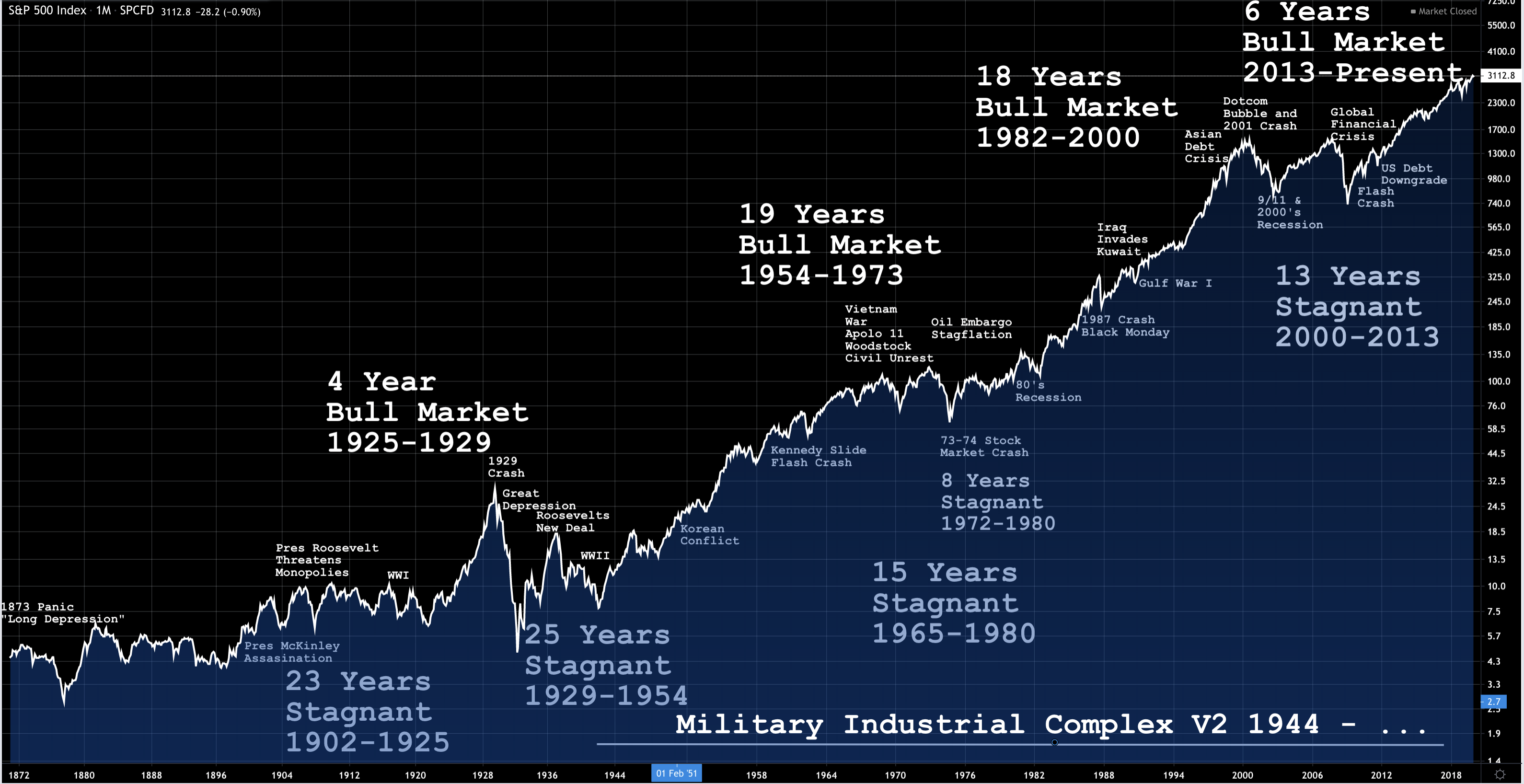 This only represents about 150 years of US Markets history

There are some agreed upon norms for what we consider a bull market, bear market, recession, depression or crash

They are all fairly arbitrary

For example the 2018 meltdown that dropped 19.9% doesn’t count as a bear market, because it would’ve had to be down 20% for it to be an official bear market

Investopedia has this to say about what a bull market is…

There is no specific and universal metric used to identify a bull market. Nonetheless, perhaps the most common definition of a bull market is a situation in which stock prices rise by 20%, usually after a drop of 20% and before a second 20% decline

You can see where the logic is a bit off there, just .1% and we’d currently be about 11+ months into a bull market

My version of a bull market is:

NOT the very bottom of the pits of hell, like March 2009 which is what most people are looking at

Unless you consider the 19.9% selloff to actually be a bear market then we are in a new bull market that is about 12 months old

Examples of bull markets in long swaths of expansion

Paying attention to the bigger picture of when we are stagnant, declining or expanding seems to be a lot better target to focus on

The question I have is are we sunsetting V2?