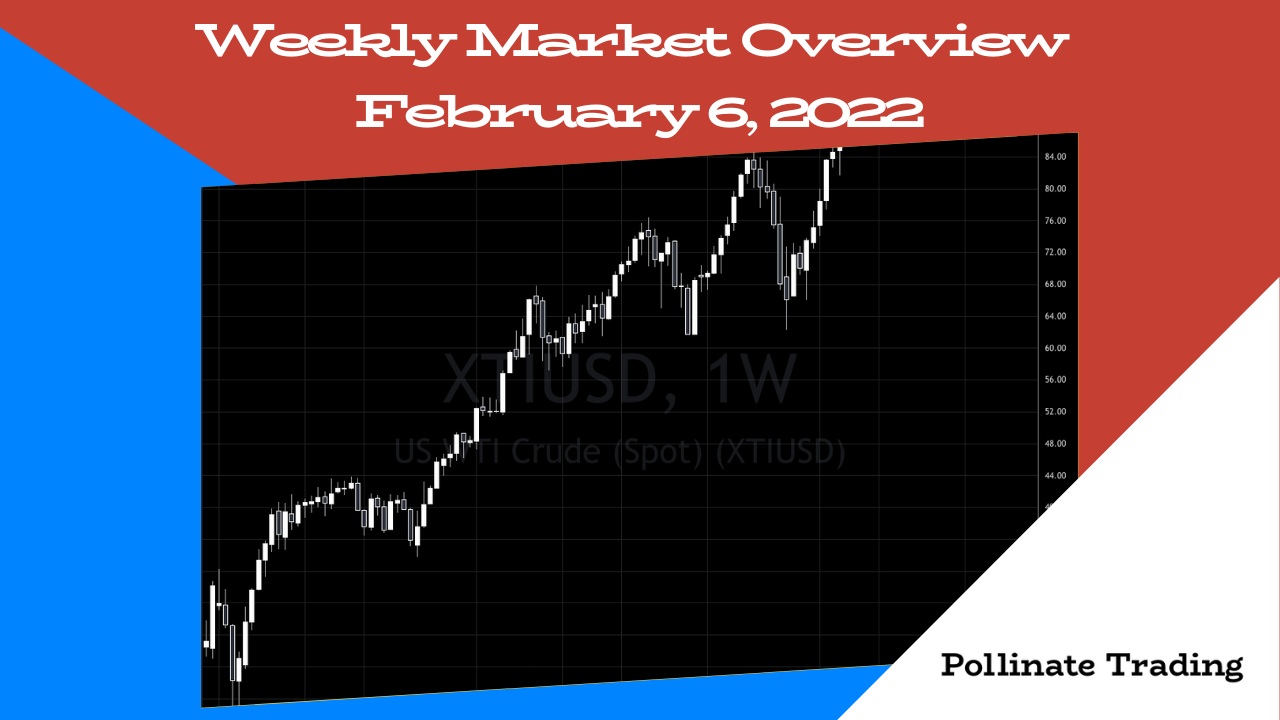 Let's get one thing perfectly clear:

You subscribed to this newsletter because making money in the markets is important to you.

The feeling you get when you lose money way worse than the joy you feel when you make money.

The thoughts you have when you lose money should never be repeated openly. 😂  Your reaction to me even talking about this, is uncomfortable.

Loss aversion is the tendency to prefer avoiding losses vs equal gains.

Studies by Daniel Kahneman and Amos Tversky have shown that losses are twice as powerful, psychologically, as gains. Read their paper here.

It is completely irrational, you know this, but you still suffer from it. We all do.

But how do we get better at it?

Using a systematic approach to markets takes the Loss Aversion pain out of the equation.

In fact losses become part of the equation.

The key, is having a trading system that you can repeat over and over, without emotion, without fear of loss, knowing that losing is part of trading.

Why do I bring this up?   It has been a rough start to 2022, but our trading systems have kept us out of high risk low return trades, and brought us in when the markets were set up.

You'll see that in some charts below.

Most notable is Lagarde Speech Monday morning, Russia Inflation and unemployment (relevant to sanctions, and other geopolitical issues facing the world right now).

The big one will be Thursdays inflation numbers in the US.

Earnings shouldn't play as big of a role this week as it has the past two weeks, but we have a few to keep an eye out for.

Last week, President Biden's office warned that the latest jobs data will be ugly due to Omicron, which seemed like a potential reason that the Fed might not raise rates as fast and as much as they are signaling, and also won't go easing that balance sheet right away.

The Jobs numbers came out, and they were a record upside, 467k new jobs in January, revising up November and Decembers new jobs numbers over 700k.    With inflation the highest it has been in over 40 years, this all but guarantee's the Fed will raise rates at least 5 times this year and really start unloading all those bonds they bought during the CoVid Crash of March 2020.

Inflation is running hot, West Texas Intermediate crude hit $92 a barrel on Friday, up from $10 a barrel in April of 2020, about a year and a half ago! That's what you might expect from altcoins, not the most politically important resource in the world. 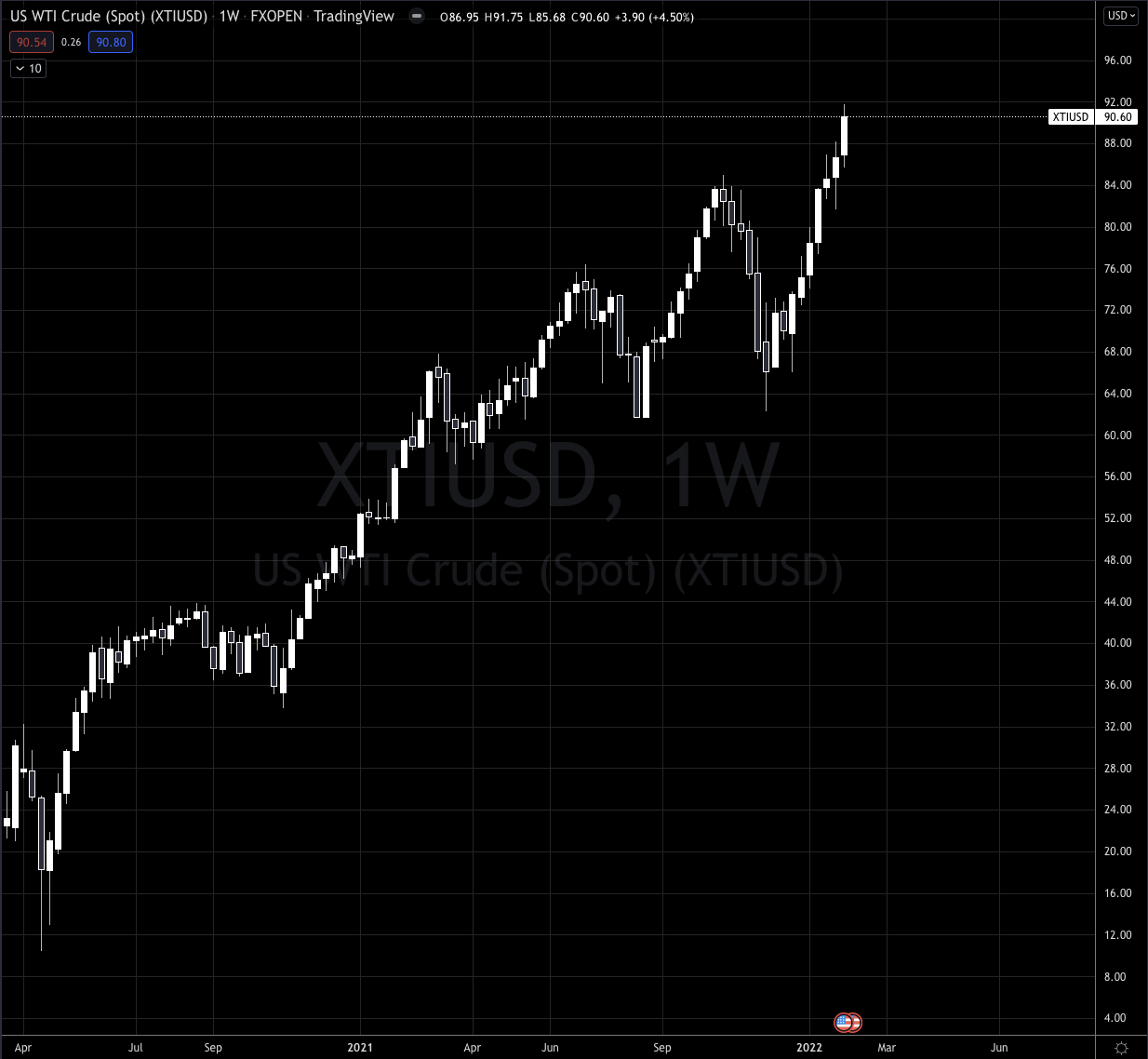 The war drums are beating (I won't rehash or update what's happening with Russia/Ukraine/Poland/Balkans et al), Russia is in a bad way economically losing massive amounts of value in their currency vs the USD, the currency used to transact in crude. 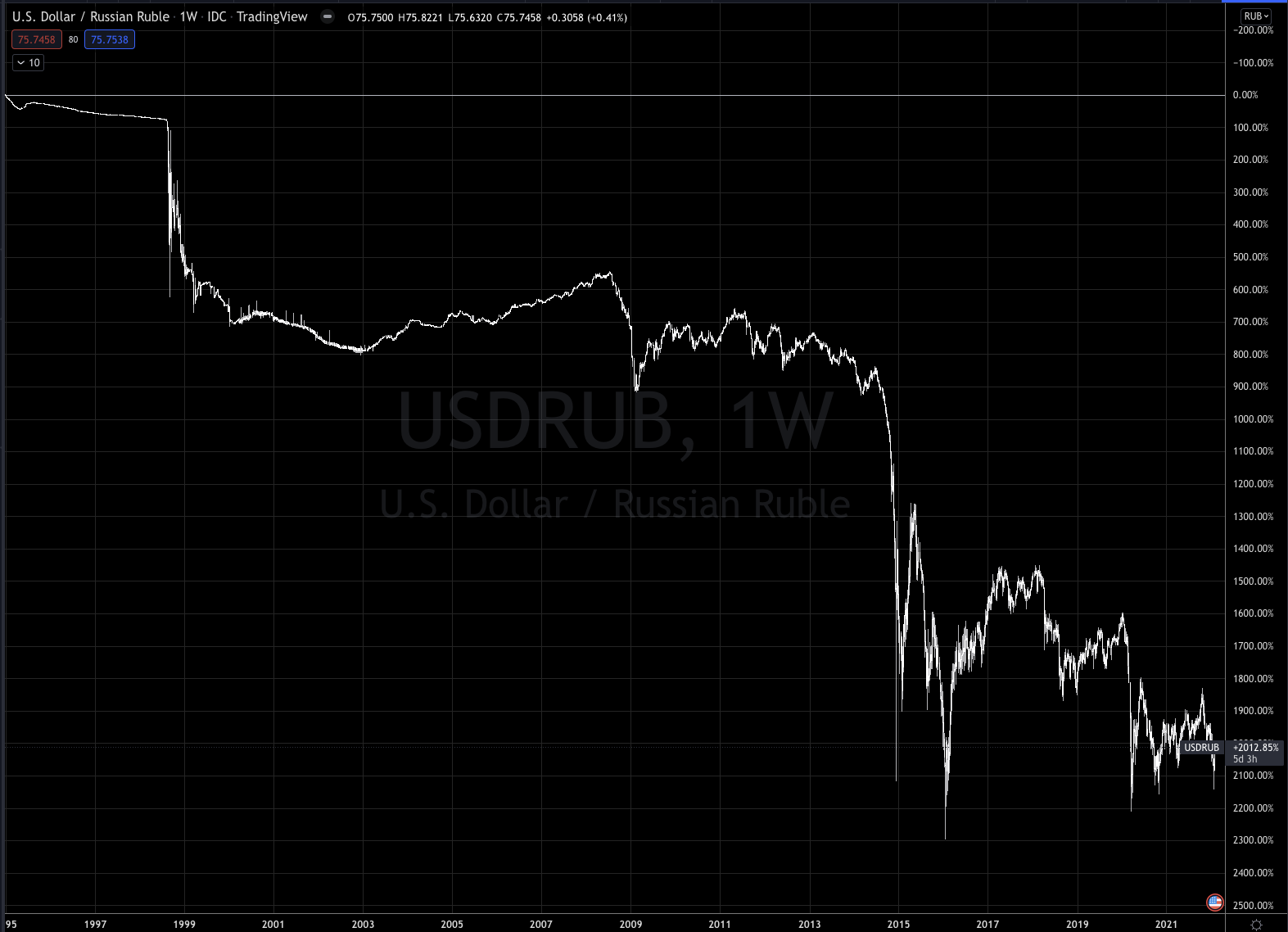 China joined the party this week after Chinese President Xi Jinping and Russian President Putin's summit statement against NATO expansion    Russia endorsed China’s policy on Taiwan, saying it opposed Taiwanese independence “in any form.” The two powers also said they were “seriously concerned” about the AUKUS security partnership formed by the U.S., Australia and the U.K., warning of the risk of an arms race in the Asia-Pacific region.

Recall, back in October 2021, President Biden continued to strengthen ties with Taiwan and vowed to defend Taiwan if China invaded.

This was well timed and well placed. Happening in Beijing at the Winter Olympics, that the United States along with The United Kingdom, Australia, New Zealand, Canada, Japan, New Zealand and the Netherlands diplomats boycotted.

All these factors mean that the Fed has to aggressively get some firepower back in their arsenal. So that if/when disaster strikes in the form of a World War, Civil War, Cyber War, Recession, Liquidity Crisis, Currency Crisis, Pandemic, Asymmetrical Attack.... happen, there will be economic firepower to bring to bear.

Looking at the Yield Curve (2s/10s) which shows us how the bond market expects short-term interest rates to move in the future, we can see we have a long way to go to get back to a safe level before we can look at deploying the Financial weapons to aid in the battle. 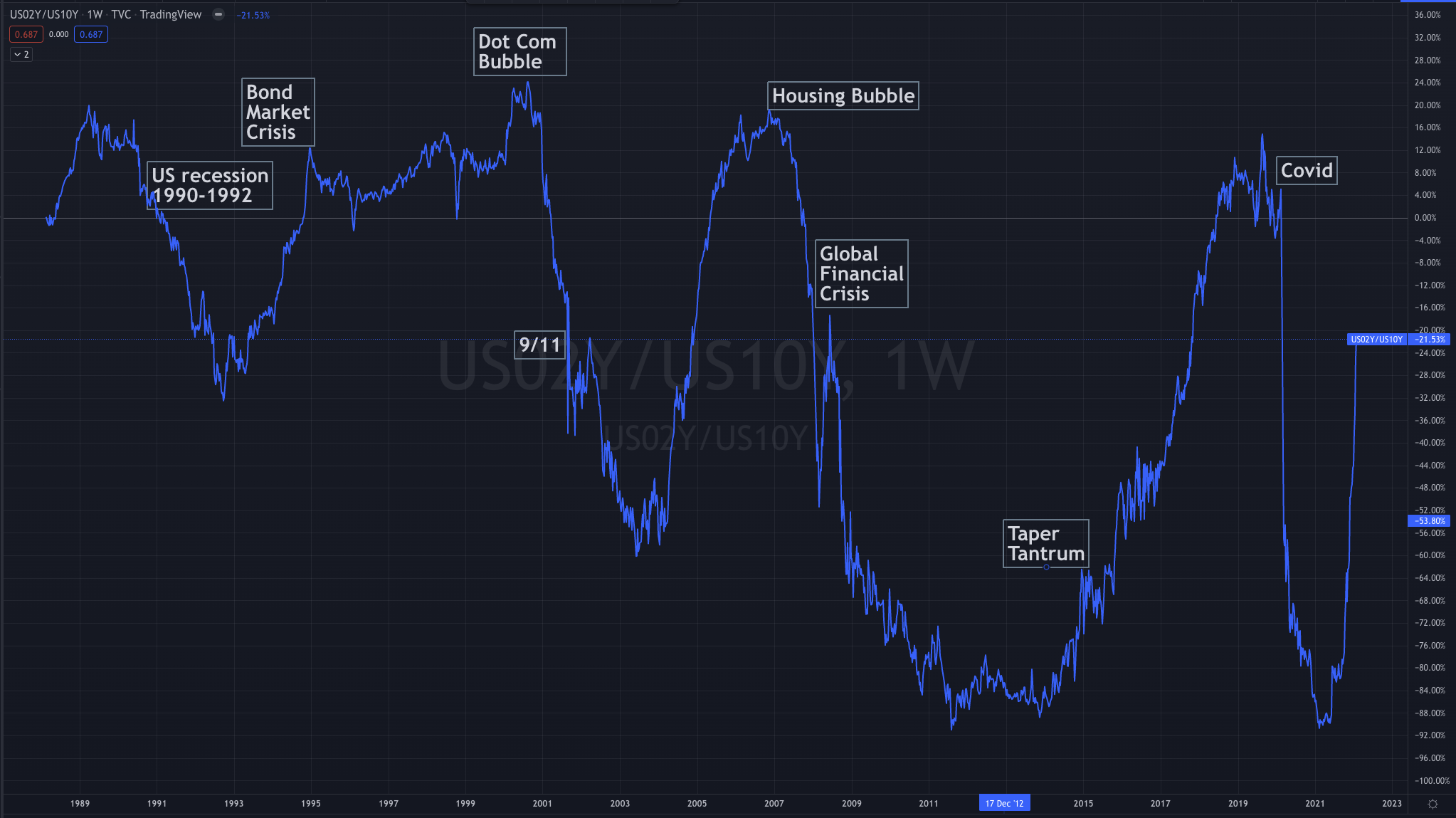 The Fed isn't concerned with the Stock Market Volatility of the past month, they expected it I'm sure, which would suggest that things would have to get a lot worse before they stepped in to save equities. 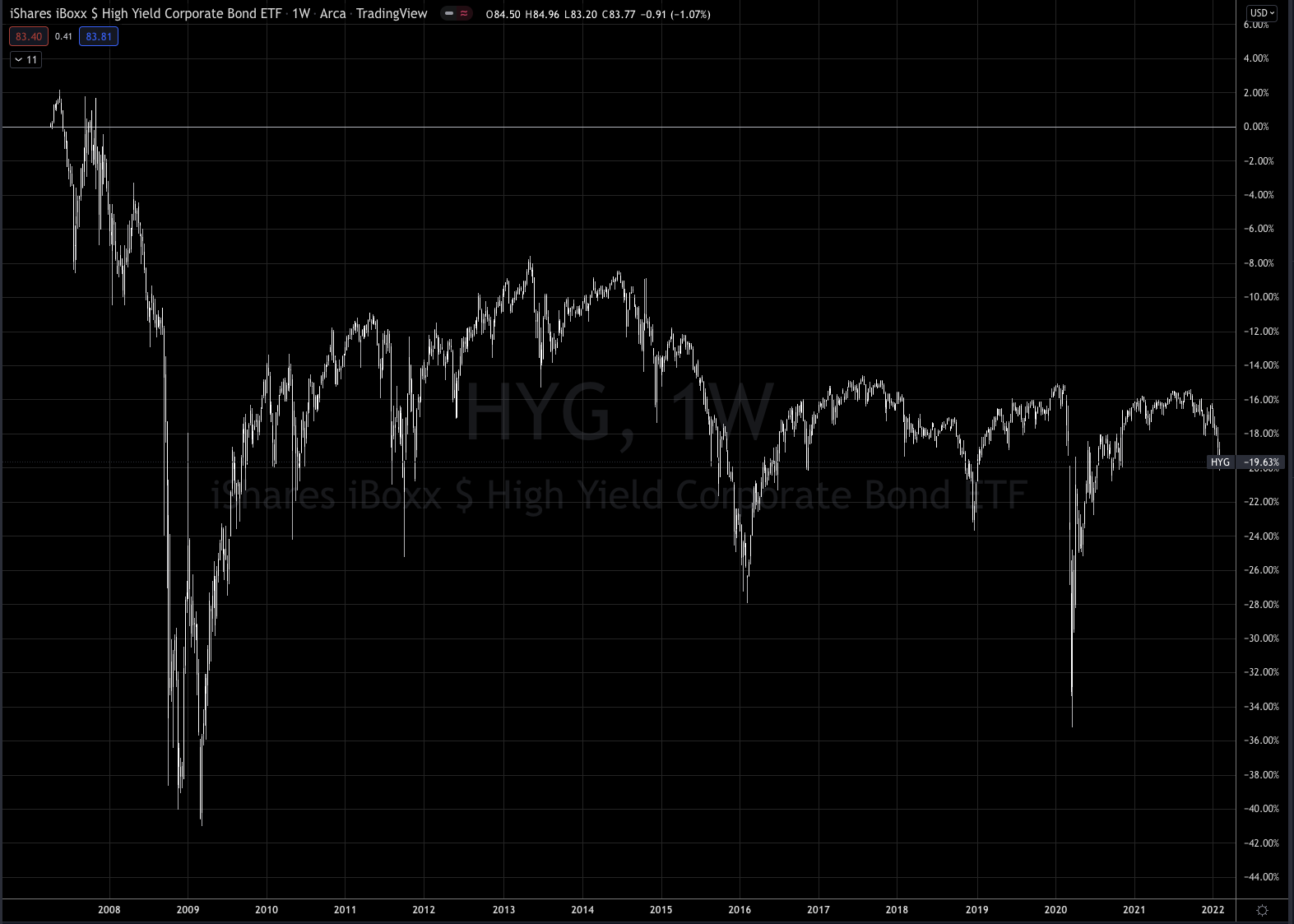 What does that have to do with Trading? 👆

That's all the stuff that isn't systematic. It's fun to think about, but not helpful in dealing with the Loss Aversion topic we discussed earlier.

Notice I didn't mention anything about any trades generated from this analysis. None of that has anything to do with systematic trading.

The $SPX (S&P 500 Index) fired off one of our highest win rate strategies, the FBOR (Failed Breakout Retest) on Monday January 31st at 4310 and hitting the first profit target on Tuesday with the next profit target at 4665 and moving stops to breakeven, guaranteeing a profit on this.

You can trade this via $SPY (stock or options) or the $ES/$MES futures. 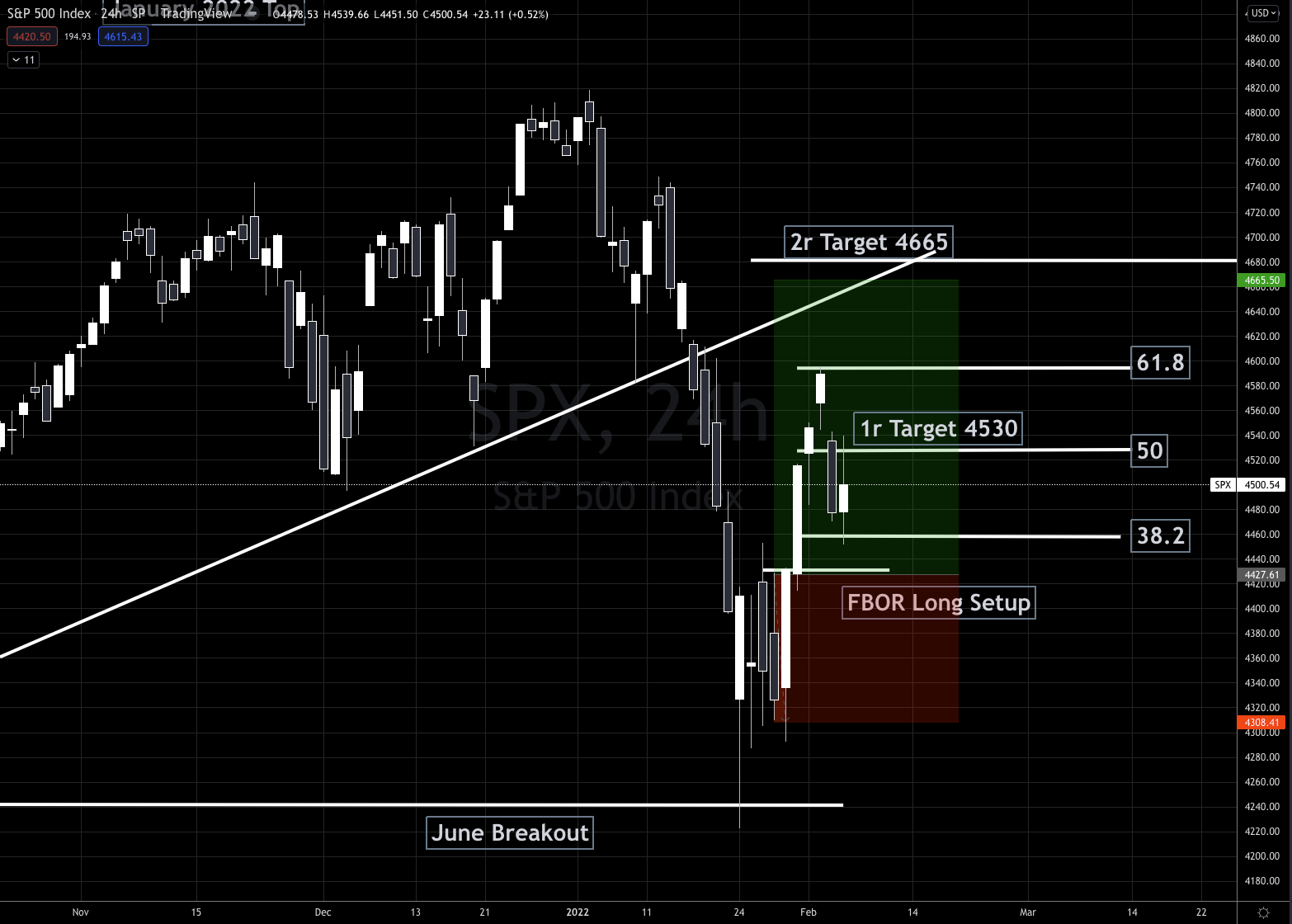 In the Trading Lab we used call options on $QQQ (Nasdaq 100 ETF). 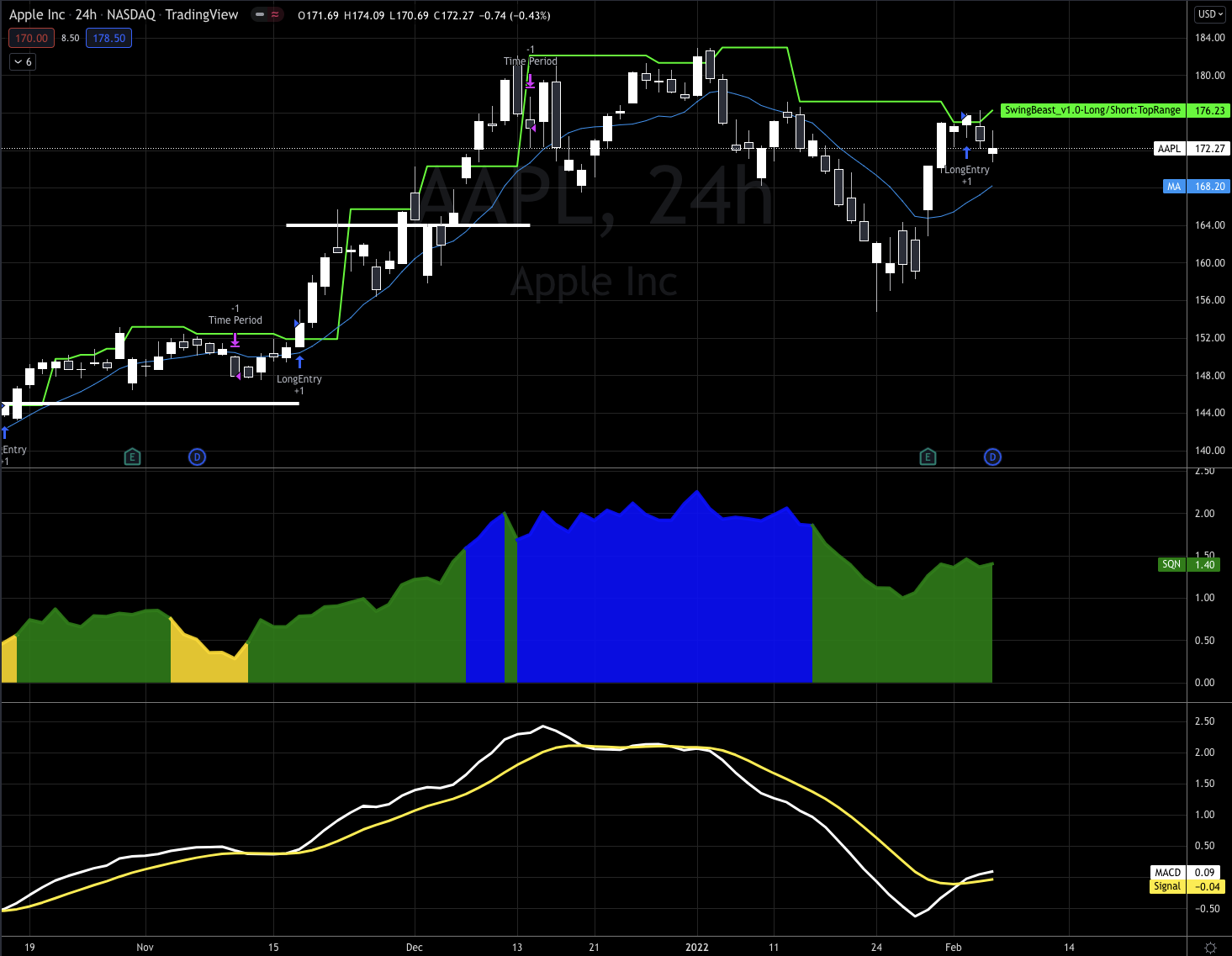 And here's how that strategy performs for the last 6 years.

With systematic trading its good to have a mean reversion trading strategy, trading tops and bottom reversals for high win rate consistent profitability, and momentum strategies that catch the really big winners that make very big changes to your account over time.

The Swing Beast strategy is exactly that, it makes big winners consistently, but not nearly as often as the FBOR strategy that we used on the $SPX trade.

Mean reversion strategies like FBOR are great to trade as a business, daily/weekly/monthly consistent income without getting caught up in the selling options for income trap. 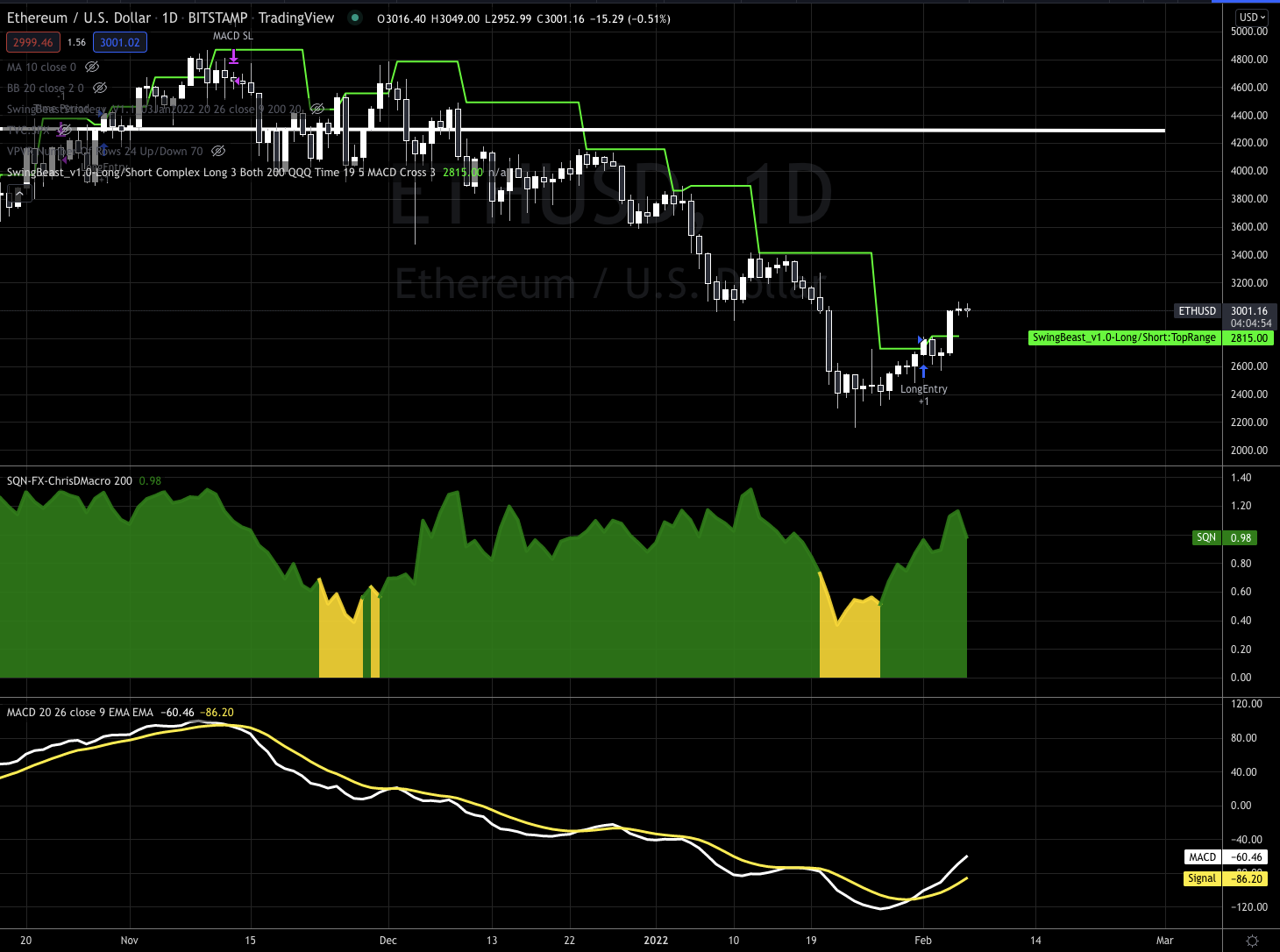 Later this past week Bitcoin ($BTCUS) just fired off a Swing Beast Long signal at the end of day on Friday. 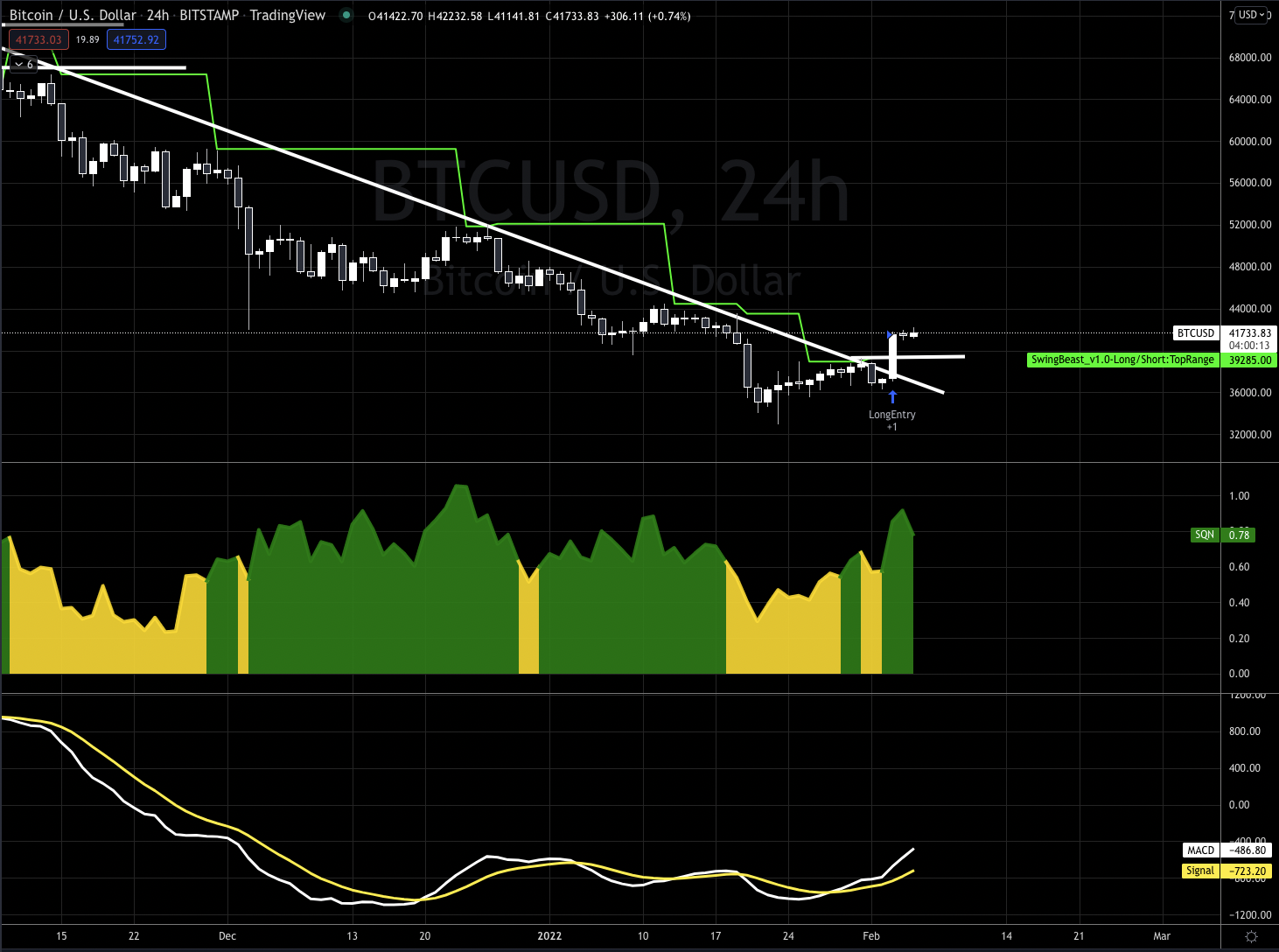 For Trading Lab members be sure to check out Fridays recording of the Livestream, all analysis, and our plan for this run is laid out on that video looking at hurdles ahead and the range to expect.

Join a group of fellow traders everyday live in the Trading Lab.