It's time to look closely at NQ again

August 31st I put out an email, posted to the blog, rang the alarm bells, and told everyone I know that it's time to be cautious, if you were sitting on good profits consider taking some off the table or as I did throw on some hedges. It turned out to be the right call as we sold off over 12% in the following week. And we've held that support level 3 times, thus far. 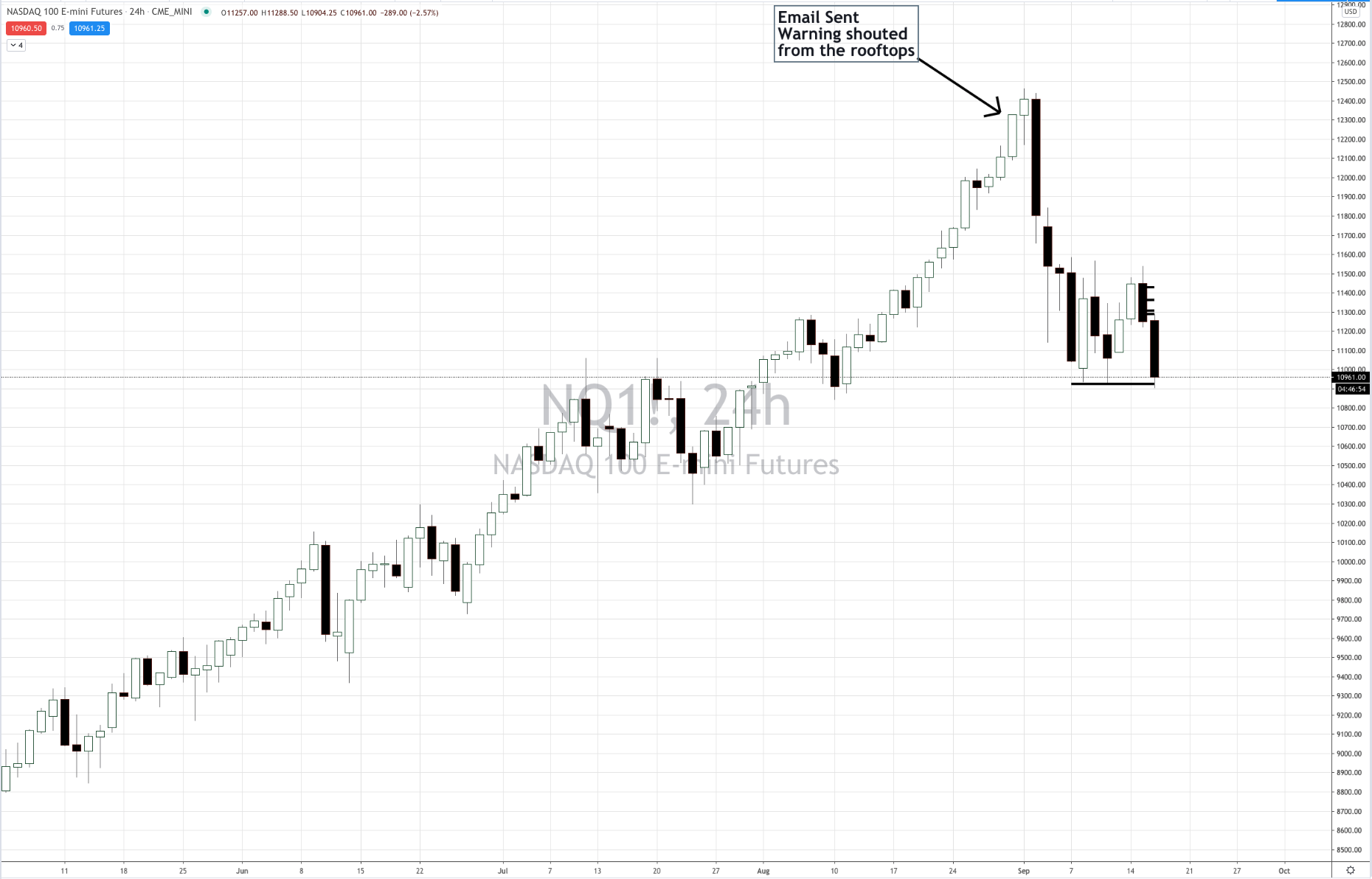 Yesterdays reversal is one of the best sell setups that you could ask for.

It was a Fed Day, and the market rallied hard off the "no change" statement which what you'd expect to see happen off that news. Then just as quickly as it rallied it turned and dumped hard on the Fed Chairs video conference. I'm not one to pay attention to these headlines but rather what is happening around those headlines. And the market printed a picture perfect sell setup right after the retest of the lows.

That, that right there, the worlds best sell setup, is telling us that the bears are in control, right?

As I always say, if the worlds best sell setup FAILS, then that is the market definitively telling us that bulls are back in control.

If however the sell setup plays out then things get very interesting.

Volume is a very poor indicator most of the time, it really isn't telling you much of a story. But sometimes it adds a lot to the story. Today is one of those days that volume is telling me (at least I think it is), to pay attention.

We are at the time of this chart grab, 2.5 hours in to the trading day and volume is nearly as high as it was after yesterdays WHOLE trading day and on track to match the same volume from the September 2 selloff. 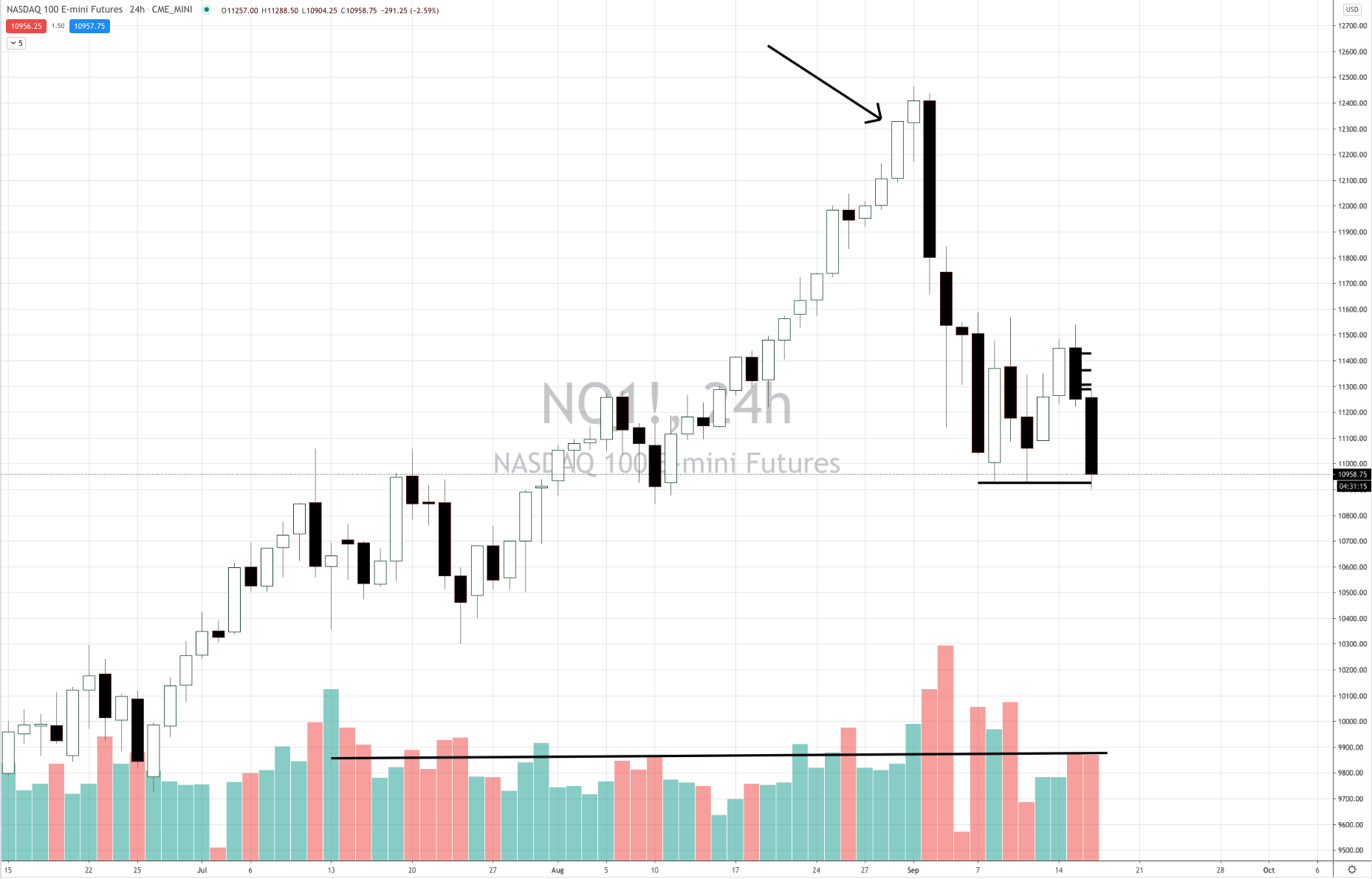 This is the sort of nuance that often times doesn't become noticeable until the end of the trading day or a few weeks later.

Also on that chart, this is the third attempt to hold this 10,900/11k big round number is a major battle ground, breaking below it doesn't really matter as much as closing below it (give or take) and then continuing lower the following trading days.

And finally, the old trusty SQN is showing that we are moving back into Bull Quiet. As I always mention SQN is a major lagging indicator, BY DESIGN. Its main purpose is to help with which direction is in charge and how volatile, based on price change day to day, the markets are. 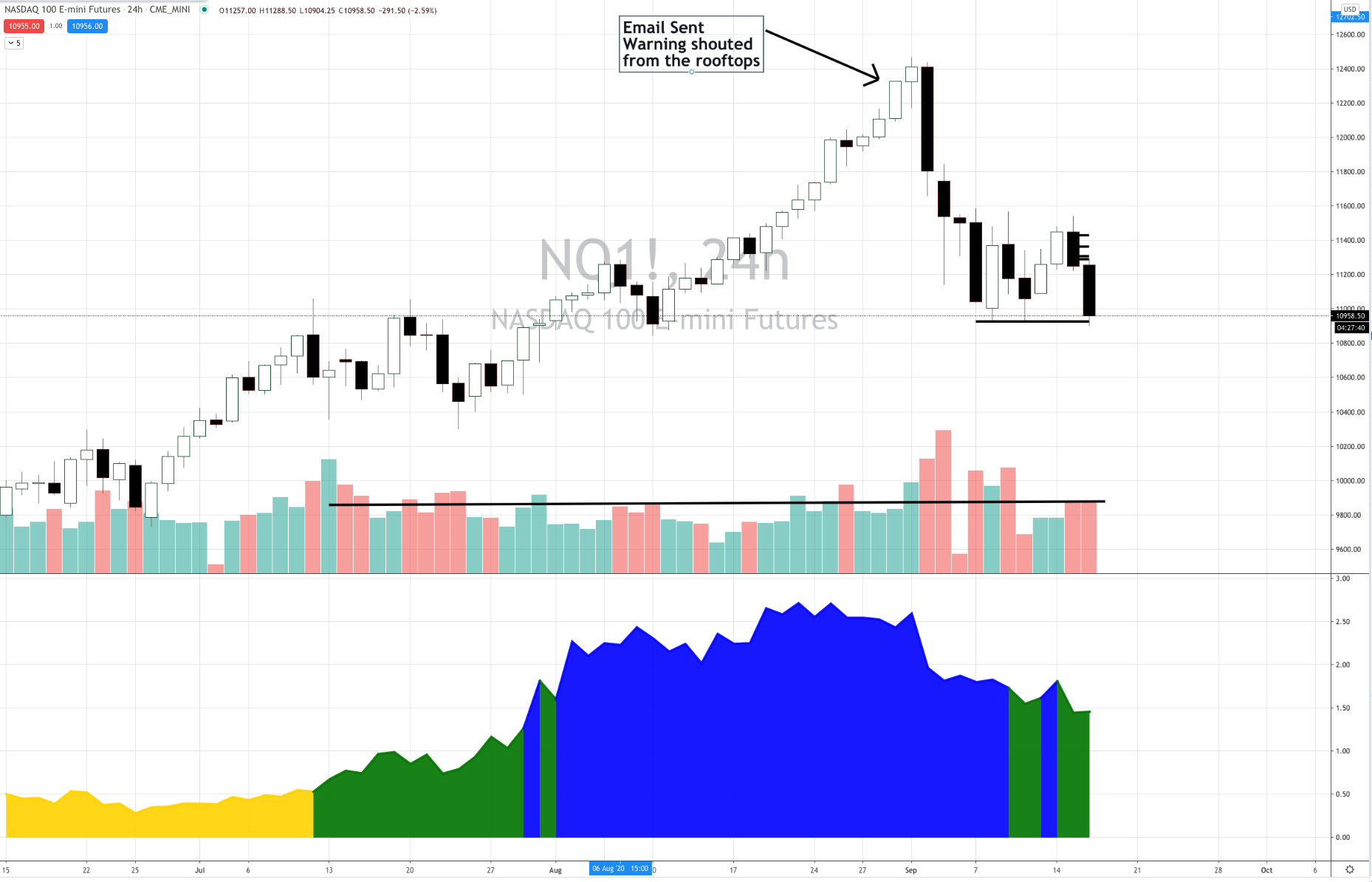 Today is a very interesting day, and I'm paying a lot of attention to what is happening, more importantly how NQ deals with this sort of sell pressure, now that we have a couple of bullish tail winds starting to creep back in.

For the bull case, I want to see todays candle reverse intraday, or reverse hard tomorrow on a massive bear trap.

Fore the bear case, a close down near where we are and follow through tomorrow would be pretty important and would likely force the $2 Trillion dollar relief package in to overdrive.

In the currency space the FVBO strategy is collaborating with $GBPUSD doing it's job, to make me money consistent money. 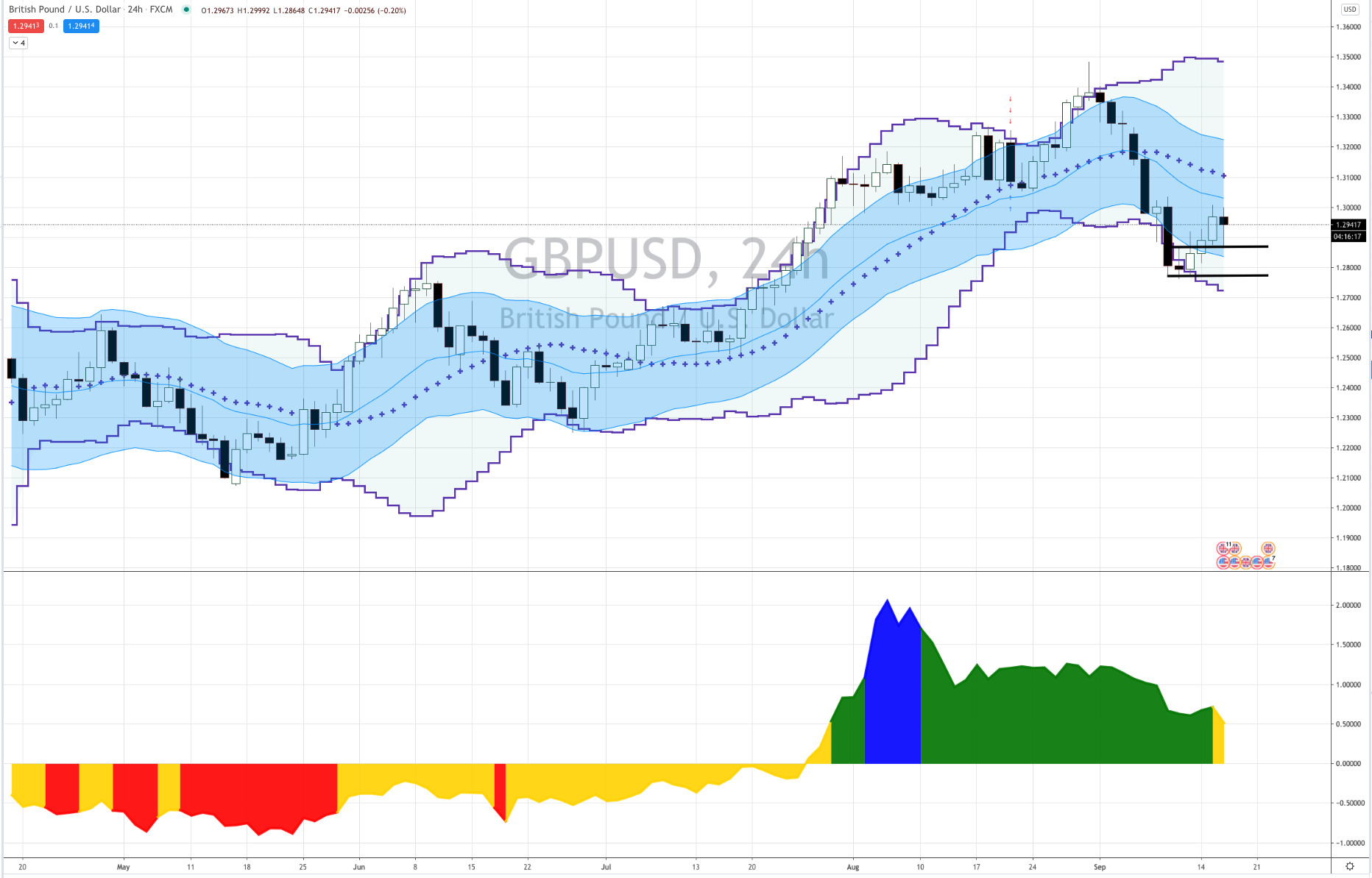 Having a strategy that I've backtested 1,000's of times on all sorts of markets, that I know back and forward and can predictably forecast how much trading revenue I'll make this year on a monthly bases +/- is far easier than trying to luck my way in to the long NQ trade

If you don't know how to properly build and test your strategies and are hoping and guessing on trades with no consistency, there is an easier way. The Systems Mastery Course will teach you exactly that. You can see all that is included in the course and decide for yourself. We've lowered prices so that we can get more people up to speed on systems trading and to join us in the Trading Lab, a community of fellow Systems traders collaborating on these things.